Is There Any Doubt That The Officer Who Killed Ashli Babbitt Also Killed Himself?

We’re allowed to ask these questions at this point, especially given how egregiously overzealous — terroristic, really — the FBI and media have been in hyping up the January 6th Capitol “riot,” if you can even call it that given the scale of other rioting we’ve all spent the last several years watching.

Oh and before we get started, one other note: while the media and Democrats are still dancing on Brian Sicknick’s grave because its existence means they can exploit his memory, he was actually a Trump supporter. And while they spent months claiming he died after Trump supporters bludgeoned him to death with a fire extinguisher, in fact he wasn’t bludgeoned at all, nor sprayed with any nefarious substance. His death was determined to be of natural causes.

Uncouth to mention? Shouldn’t matter? The media and their pals across the intelligence community have done everything they can to promote lies and conceal the truth about Brian Sicknick and every other January 6th detail. Why should we ignore the few facts that we do know?

Which brings us to more wildly disturbing facts.

I’ll just jump ahead here — one, at this point, would be obvious.

I hate to be so crass about something so serious but I’m the former D student writing as much for myself as anyone else and not making a dime off of it. I shouldn’t be the first person I’ve heard asking this question.

It was crazy as hell from the jump that two of the Capitol Police Officers committed suicide in the aftermath.

It was crazy that despite them having literally every second of footage from literally every angle, they won’t release any except the few we’ve all watched for months on the news. (I guess they don’t want you to see stuff like the Capitol Police waving people in and taking selfies, etc.)

It’s crazy that they’re holding Trump-supporting geriatrics in solitary confinement-like conditions for months without possibility of pretrial release while, on the other side of the political coin, letting BLM/Antifa terrorists walk free and expunging their records.

And it’s crazy that in an era when police can’t even breathe at someone wrong without taking heat, we have no idea who killed Ashli Babbitt. I mean I knew the media wasn’t going to sensationalize, exploit and weaponize it the way they do so many other officer-involved shootings. But I didn’t think so many months later there’d still be such an heir of secrecy around everything other than the media’s prevailing narrative: “white supremacists armed with MAGA hats, one fire extinguisher, and signs tried to take over the U.S. government so Trump could be President for life.”

That’s their story and they’re apparently stickin’ to it.

But now, if they’re not gonna give us anything and that’s all we know, then of those two crazy suicides, one becomes pretty obviously identifiable.

Granted I could be wrong but there’s no reason to be coy here as a) the families have all been notified and it’s not like we’re speculating about someone’s loved one in a way that keeps them guessing, and b) the media and powers-that-be are purposefully manufacturing a narrative that has nothing to do with the facts, so what are we to do but delve into the possibilities ourselves?

I don’t see how on God’s green earth at least one of those very weird suicides wasn’t the officer who killed Ashli Babbitt. I saw somewhere along the way, perhaps on the notice about Babbitt’s death being ruled justified, that they also considered statements made by the officer involved.

Okay so that could lead one to believe they spoke to that officer, right?

That officer probably made many, many, many statements before ultimately ending his life. And it’s entirely feasible that if that officer ended his or her life, then the powers responsible for documenting everything could still technically say they took his/her statement into account.

Abracadabra, it looks and sounds like the officer who killed Babbitt is very much still alive.

But honestly, they lie to us so much about so many important things, I just believe pretty strongly they’re lying about this. And I wouldn’t be at all surprised if we don’t know who killed Ashli Babbitt because he also ended up killing himself, and that’s really bad for the story the media want to tell. After all, a noble police officer who helped stave off bloodthirsty terrorists bent on hanging Mike Pence should, by all accounts, feel justified in his actions.

And the country could want to know why.

And I have a feeling, given how shady all of this has been and how desperate the dying institutional left is (thank you, President Trump!), they really don’t want us to know why the other officer committed suicide, either.

You half hope this stuff doesn’t come out. I mean how on God’s green earth do we get justice for so much of what they’ve done, from the Obama/Biden/intelligence community spying on Trump and his campaign, to the media and intelligence community working so hard for four years to destroy him, to China and Fauci manufacturing viruses that end up doing the trick temporarily from a purely electoral standpoint, to the questions around the 2020 election that they refuse to let anyone ask, to the books they’re burning, the individuals they’re canceling whose names we’ll never know because the vast majority don’t get Tucker segments, the voices they’re silencing…

…how do we get justice for all of it?

I don’t think we ever will.

So I think we stop counting on it.

I think we’ll get power back. And I think, as the last adults in the room that is America, we’ll go about our business doing the right thing with that power and earning the right for generations to come to hang onto it through free and fair elections. But will we get the swamp drained before they can cover all of their tracks for all the crimes they’ve committed? I highly doubt it.

I think they’ll get away with a lot of what we’ve all seen. But I don’t think they’ll hang onto power. And that’s the important thing. Someone I’m close to always says, “I’d rather win than be right.”

I like that expression more and more. Sure I want both. But as I ask this question about the man, perhaps another Trump supporter even, who killed Ashli Babbitt — and as I wonder aloud, is this, as one might safely assume at this point, one of the officers who committed suicide? — as I even start to go down this rabbit hole I have to stop and remind myself that we’ll probably never find out and even if we do, the media will bury it and we’ll be the only ones talking about it until Facebook, Twitter and Google make sure you can’t find it anymore.

Because that’s how things go in 2021 America.

It’s as creepy as two Capitol Police Officers committing suicide after a quiet riot of largely-geriatric Trump supporters were waved in and then immediately branded terrorists by the media and political forces that surround the Capitol.

RELATED AUTHOR’S NOTE: Okay I couldn’t resist. I did a little searching and this is by no means scientific but it’s what we have to go on. The officer alleged to have killed Ashli Babbitt looks an awful lot like it could be Howard Liebengood, one of the officers who committed suicide. You can go do your own comparisons but here are a few I grabbed from the few that exist. 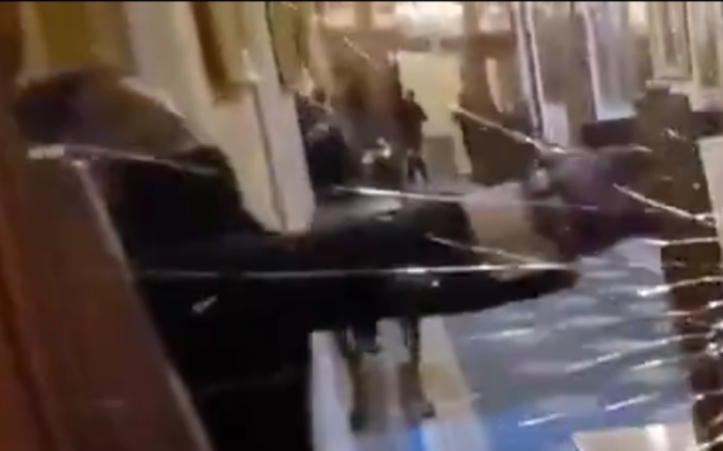 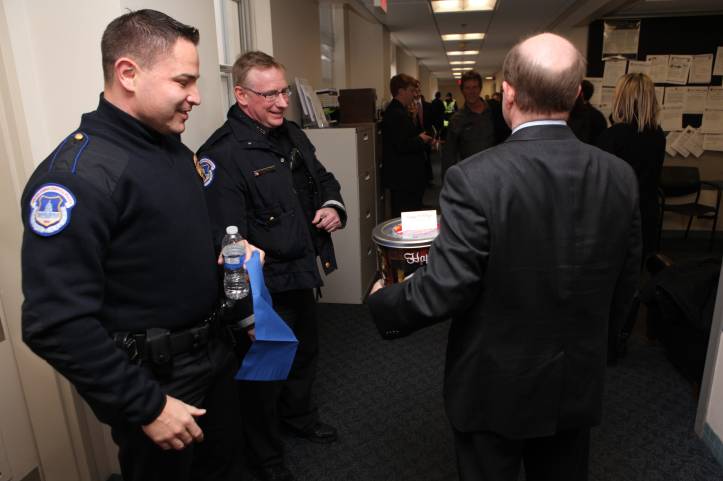 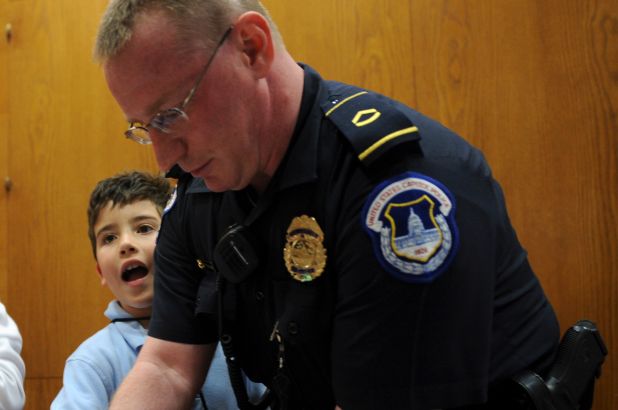 The similar characteristics I spot are the darker hair on top with white hair on the sides, the tuft of it on top, the bridge of the nose looks like it’s attached to one like Officer Liebengood had, and the glasses. What do you think? My heart breaks for all involved but I’m not going to not share this stuff. The people weaponizing this incident don’t deserve so many shadows from which to do it.