Don Lemon & April Ryan Claim To Be Non-Partisan, And Then The Other 59 Minutes Of The Show Happened

Rabidly partisan anti-Trump propagandists Don Lemon and April Ryan said on Thursday night that they were non-partisan, and then the rest of the hour happened.

You really just have to see this for yourself, but here’s the primer…

Don Lemon and April Ryan are extremely partisan hacks of the pro-swamp, anti-Trump, anti-Liberty, pro-metaphoric slavery and literal social segregation variety. They both regularly imply that all black people think alike, and that they speak for them. And neither one of them has ever taken anything even close to a neutral position. For them, it’s 100% anti-Trump perspective all day, every day. And before Trump came along it was 100% pro-Obama and anti-GOP perspective all day, every day.

And as noted many times on these pages, the most egregious part of their roles as media figures is that they claim to be non-partisan. It’s hacks like them — along with the vast majority of their colleagues in the mainstream media — who have destroyed the media’s credibility for a generation or more.

Here they are claiming to be non-partisan.

And then the rest of the show happened.

A perfect example of why President Trump is justified when he calls them “fake news” and/or “the opposition party.” Lemon and Ryan, after claiming to be fair and impartial journalists, are entirely indistinguishable from a Democrat strategy session that usually only takes place behind closed doors.

And I know most of you already know this, but this literally happens all day, every day, on CNN. It’s an endless stream of media figures claiming to be impartial, and then frothing at the mouth as they take turns bashing the right and gushing over the left.

But you don’t often catch two of the media’s anti-Trump hacks say out loud that they’re just fair, honest, impartial journalists. Especially not on the same panel, in the same night. I guess Lemon and Ryan both knew they’d end up way off the rails tonight.

That must be what happens when you get desperately tired of losing. 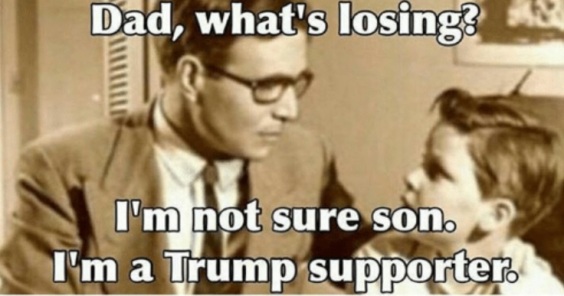 Oh and hey, before I forget: It’s Justice Kavanaugh now.

And we’re still not tired of winning.