After the media’s most aggressive efforts yet to destroy the duly-elected President of the United States, his approval ratings have only gone up according to the latest NBC/WSJ poll.

NBC/WSJ POLL: Donald Trump’s approval rating has risen to 45%, with disapproval at 52%.

That’s the highest intra-party rating of any president at this stage since the dawn of modern polling, except Bush post-9/11.https://t.co/vqbr6iReCr pic.twitter.com/K9lUmJbXv8

What’s more, the Democrats’ generic edge to control Congress shrunk from 10 points in June down to just 6 in this most recent poll. 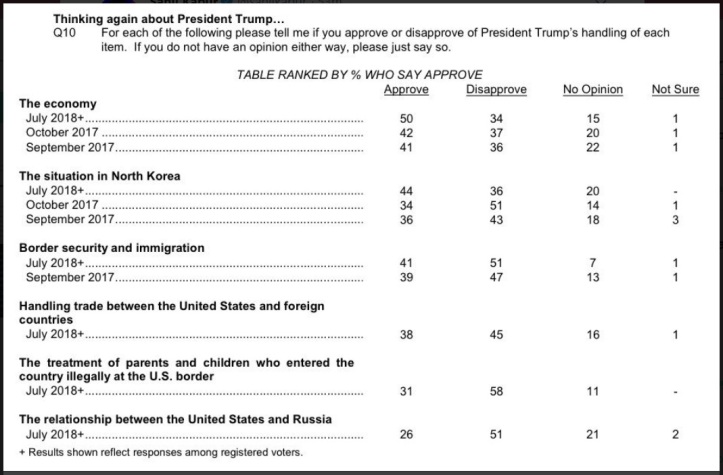 No further comment needed. On this one, the schadenfreude speaks for itself.

After Trump/Putin Summit, The Pearl-Clutching Media Is A Laughingstock

Trump Beats Media At Their Own Game