It’s no secret that after abandoning “global cooling” and shortly after that “global warming” — the left has landed on “climate change” to assert their will in  “saving the planet.”

Foremost: Given climate change’s infinite ubiquity, those who promise to end it — be it through taxation or rain dances — aggressively deny science.

Of course when the left say “climate change” they’re talking about more than simply a changing climate…but if they’re going to lazily apply such an all-encompassing term to assert their will — then they’re more than deserving to have it thrown back in their face(s).

The real question, the more legitimately honest question, is to what degree man might impact that infinitely ubiquitous changing climate.

Given earth’s history of far more rapid and drastic climate change long before man was even here, coupled with the left’s constantly evolving and tweaking of data to finally land at “We’re pretty sure man has at least a marginally significant impact!”…it’s safe to say, at a minimum, the science is nowhere near settled — let alone proven. With deference to intellectual honesty…if it is settled at all, then it’s settled in the reality that the left despite all of their efforts, resources and bastardization of science — have been unable to conclusively make their case.

Additionally, don’t ever let a leftist tell you that “97% of scientists agree!” It’s as sad as it is regressive that under the protection of “Science!” — those who assert the “97%” statistic can’t for the life of them source or qualify where it came from.

From the NFL to oil and gas, if the people want and/or need it — the left will insert themselves morally to control it. And with respect to “saving the planet,” we’ve seen their commitment and ferocity long since eclipse the religious-like passion of any other jihadist.

Our response ought not be flailing, flaming or proving them right by denying science in our defense of both reason and reality.

Climate change is real, and it always has been and always will be. And anyone who promises to alter that reality aggressively deny science while doing so.

That they’ve so bastardized science in pursuit of their anti-business, pro-socialism efforts — relegating a once-trusted institution now nearly useless — means the only component to this conversation that’s really nearing extinction is the credibility of the scientific community. 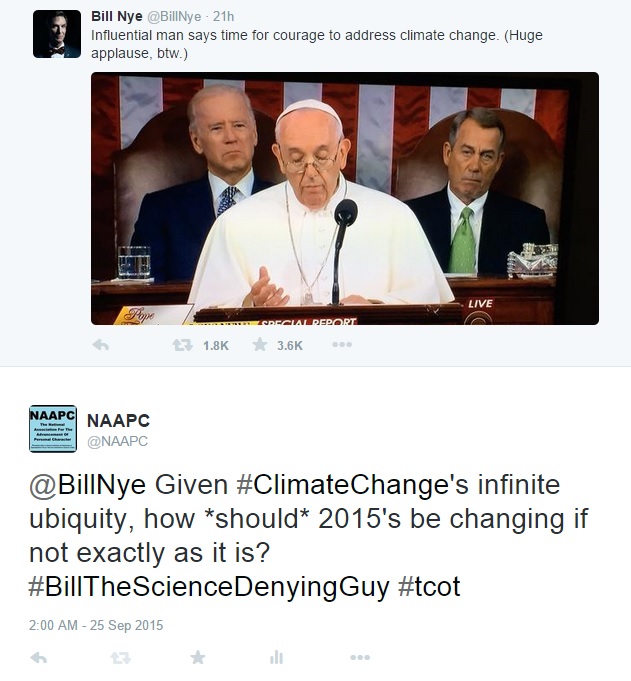